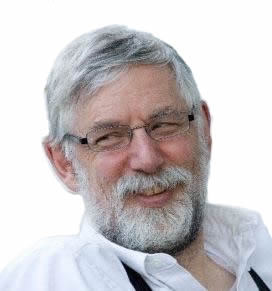 Many years ago, I was fortunate enough to visit Nepal with family and friends. During our short visit, we took a hike through the foothills of the Himalayas and had a very unusual encounter. Here’s my recounting of it that I did for a colleague’s project. After watching, please leave your answer as a comment! 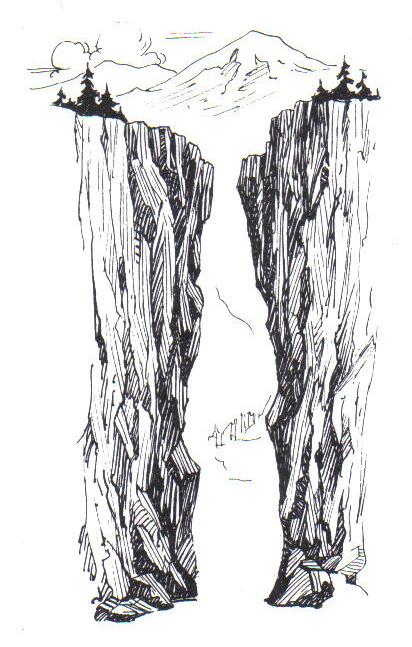 An old Chinese proverb speaks to the challenge of building bridges.

Imagine a steep chasm that divides a path. There are people on either side, but they cannot cross. Worse, none of the trees on either side are tall enough to span the divide. So what is to be done?

If people will bend a tree on either side, then lash their ends together, a bridge can be formed. However, it won’t be sufficient for the sides to “meet each other half way.” Instead, it is necessary to extend beyond the middle so that there will be enough of each tree to be lashed together, thus providing strength to the bridge.

So it is with the presidential contest in the US. No matter which candidate wins the election, each side of this dangerous chasm that now sits between a nation divided must contribute to building a bridge to reunite us.

Each of us must consider ourselves culpable for allowing this chasm to form. How many times, confident of our own moral high ground, did we fail to listen to the cries of the other? How many times did we turn a deaf ear to the disenfranchisement that only deepened our mutual divide?

As we enter the harvest season, let us recall the bounties we each possess and those our neighbors do not. Remember: more often than not what we really need we do not already possess, but can only be obtained by binding our fate to our neighbors’.

Here’s an excellent article distinguishing between virtual reality and 360 view, and the storytelling challenges for each.

Can you conceive of how to tell a story in either medium? The advantage of 360 view is having a fixed position in an immersive environment; that is also its limitation.

Leave your comments and thoughts, please!

I recently came across one of those tear-jerker stories that circulates around the interweb, beginning as they so often do with “TRUE STORY… PLEASE DO NOT DELETE, FORWARD TO AT LEAST ONE PERSON!” Yes, a giveaway as to its hoax status, confirmed by Snopes. I let the poster know about its status, and was quickly chastised for others for being critical of a story that moved them. I decided to step back and examine the matter.

I am fond of the saying “a story can be True without being factual,” and use that assumption in much of my storytelling. Why should this Snopes bait be any different? Isn’t the fact that it moves some people enough? Shouldn’t the lessons it teaches be sufficient reason to retell it?

Perhaps… but I was still troubled. What’s the difference between this story and the magical stories of the Baal Shem Tov (the Besht) that I teach?

I think there are three differences: source, setting and lesson. And it’s the last that is key. Let’s look at each:

Source: When I tell a story about the Besht (or from that era), I always quote the source. Some people may hear the source, and say, Oh, I’m about to hear a factual story, and others say, Oh, I’m about to hear a mystical story; I don’t know if it’s factual. I don’t tell them what to believe – I invite them to accompany me to the world of the story. The Snopes-o-gram bellows: I’m TRUE! Don’t DOUBT! TELL EVERYONE OR YOU’RE A SCHLUB!

Setting: When people hear that I’m about to tell a story about the Besht, they know it’s taking place in a mystical world where our normal rules don’t always apply. They know that people may fly from one end of the world to another in a carriage, that angels may descend and cavort in studies, that people may ascend to the Throne of Justice and plead for mercy. Snopes-bait? Everything is factual. It happens in our world. Its power comes from the fact that you are not allowed to have disbelief to suspend.

Lesson: Most of the lessons of the Besht have a sweetness to them, at least at the end. When they don’t, it’s because they come with a challenge to make life better. This Snopes story came close, but added an unfortunate twist. The main story is about a child without talent who, through perseverance, learns to play the piano. In full melodrama, he gives the performance of his life immediately following his deaf mother’s death, so that now she can hear him (being in heaven). The skeptical piano teacher is reminded that anyone can succeed if they try hard enough.

Then the boy is killed by terrorists.

This ugly twist invites us – powerfully – to embody hatred, not sweetness. Instead of weeping softly at the (overly) touching sentiment that let him perform flawlessly for his deceased parent, we are now invited to hate the people who took this budding musical genius and life’s lesson holder from us. And, because it is TRUE and we have to TELL EVERYONE  about ALL THE FACTS, the re-posters of this story feel compelled to include the poison that’s contained in the now sickly sweet syrup.

Which is why I don’t feel bad about calling this “story” out.

Know your sources and quote them. Know your setting, and inhabit it.

But most of all – know the lessons you teach. And only teach the ones that make this a better world.